Biking is bad for teeth 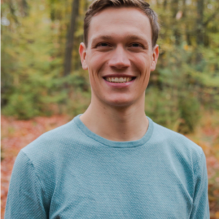 Biking is bad for teeth

Usually I burn around 2000-3500 calories during a bike day. Which means I at least need to eat 4000 calories a day, almost double of what I should eat based on lenght and weight when I wouldn’t work out day after day.

It is almost the mostly asked question on the road: what do you do with food?

There is a reason why I never lose weight during a bike tour, because I can have those craving days where I put myself on a ‘diet’ of chocolate, cookies, bread and pastry’s. I try to add fruits, vegetables and yoghurts, but during or after a long ride I always have this sudden urge to treat myself with bad food instead of take care of myself.

At least I know my bad habits and step by step I do change. First change: I don’t eat as much as I can anymore. Second change: I eat healthier food.

The worst part are the restdays – my brain thinks I still need to shovel in the minimum of 4000 calories, which is nonsense. I don’t feel hungry, but I also never feel satisfied, which is a state in which I can eat like an animal, I can eat forever.

I carry cooking gear with me, but I rarely use it. It feels like ‘work’ to cook after a tiring day, so I ate canned food or noodles. Probably when there is more daylight I will put some more effort into it, but for now it is as simple as it gets.

One thing is clear: riding bikes is bad for your teeth…