What have I got myself into now again? 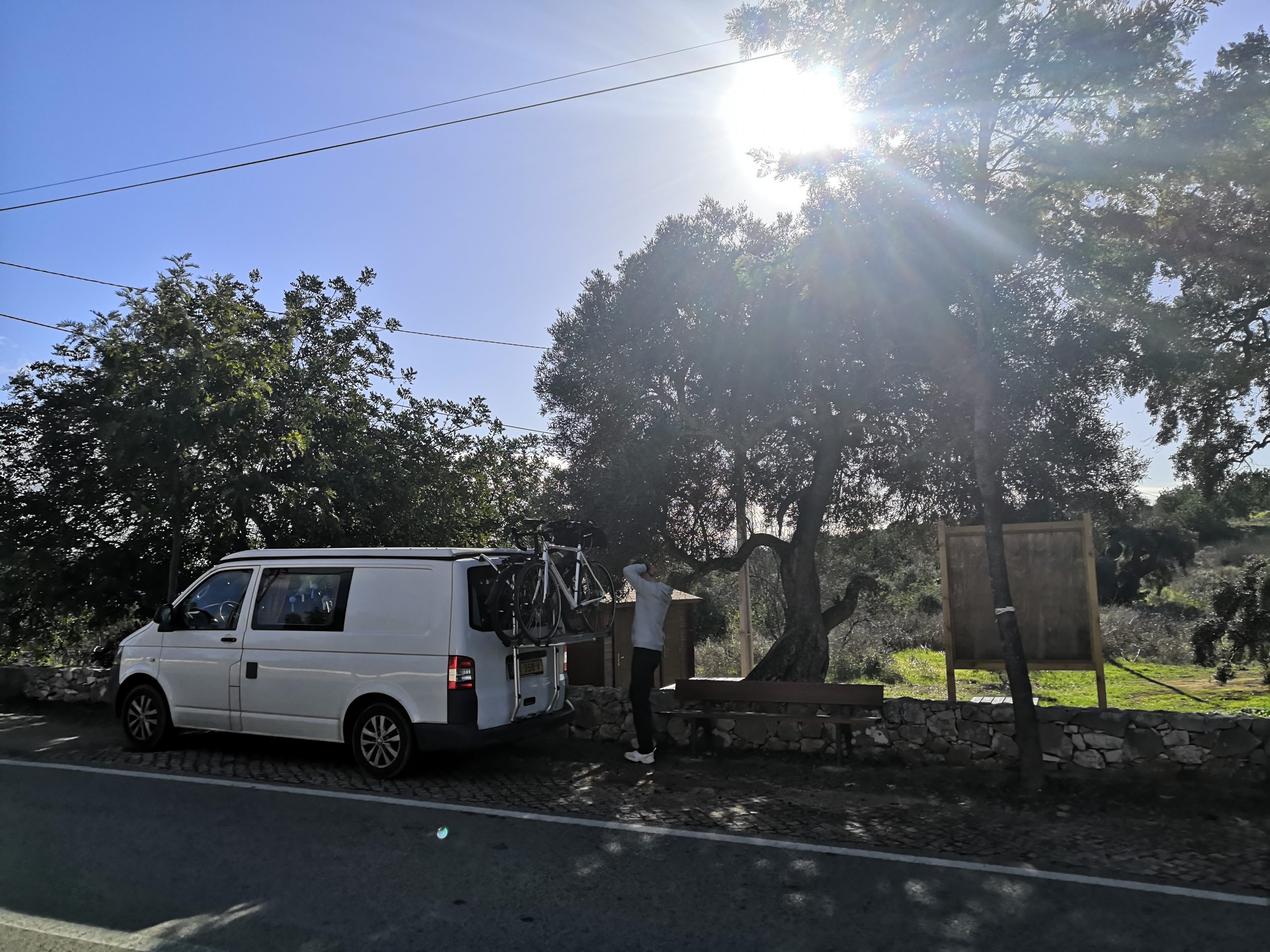 I lost a bit of my bikelife and I switched into a vanlife. Via a Dutch bike packer website a Dutch girl named Janneke send me a message. She was traveling in the south of Spain and she would love to meet up and here my stories. So we did.

We agreed on a date, time and place, in the middle of a forest. It felt like we never stopped talking since. The first hour we did our own things, I set up my tent, she rearranged her campervan and then we sat down and chatted about our lives and adventures so far and we emptied a first bottle of red wine.

Rain poured down and poorly sheltered we cooked one of the healthiest meals so far during my bike trip. Kinda cozy we ate inside Jannekes van and we emptied a second bottle of wine.

The next day we spend slightly hangovered in the forest and the day after we separated: I went to Faro by bike to find a bike shop and Janneke went to Faro to go to her workaway. The goodbye part was a bit hard to do, not knowing we would meet eachother a few hour later again.

I went straight to the bike shop and had to wait till the evening till it was done, so I decided to play the tourist in town. Then Janneke contacted me that her workaway-host didn’t gave her the adress, so she was a bit lost. We went to the city centre together and quickly after meeting we decided to book ourselves a hostel after the cold nights in the forest.

The next day the farewell part went easier, we have done it before. I went up north and at the point I reached this village called Salir, Janneke told me she went to the workaway and she went away directly after: it did not felt good to her at all. We decided to meet up again and now we are still back together traveling in her campervan through the Algarve.