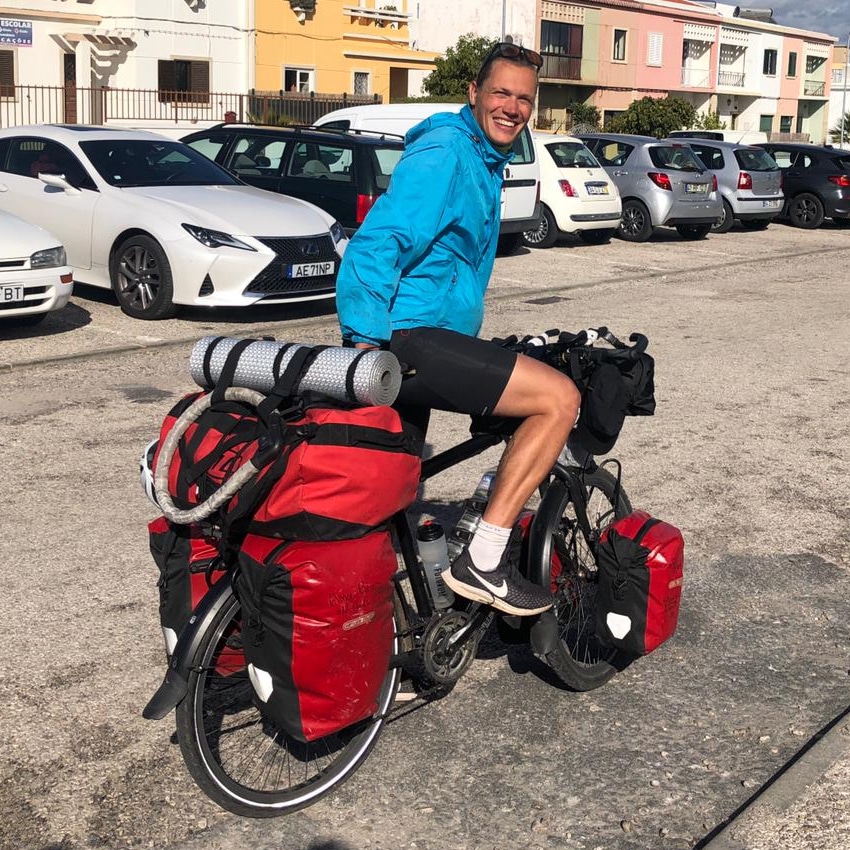 I have said it before and I said it again, it´ has been a pretty wild year – although it doesn’t feel like that anymore. I’m exactly where I belong.

In only a short summary I will explain what lead to this bike tour.

I definitely have to mention the fact that I overcame a rough depression, and the weirdest thing is, I don’t have a clue how it went away. Ofcourse, I made some positive changes in life which brought me into calmer waters, but the terrible feelings faded out quite fast and I can’t explain how that happened really.

The last years I felt stronger and stronger that I needed to ride my bike around the world, although basically all the choices I made were the opposite. I signed a contract at the Dutch police academy to become an officer, a long term choice.

About a year before my decesion to join the police academy, I started to suffer from an ankle injury. That stopped my actual biking plans and forced me to stay where I was. So I tried to force myself into a long shot at the police department, just with the hope that I would calm down and settle myself into a stable life in the Netherlands.

But I could have known better – the urge to ride my bike is just bigger than anything. I underwent an ankle surgery and that was the real beginning of this bike tour. I started to dream big again and 5 months later it was time to go – with a clear and happy mind and a recovered body.

The injury did cost me 1.5 years and in the meanwhile I felt that this phase of my life is THE time to do such a thing. Now or never. No relationship, no house, no permanent contract, no pets – I am as free as I can be.