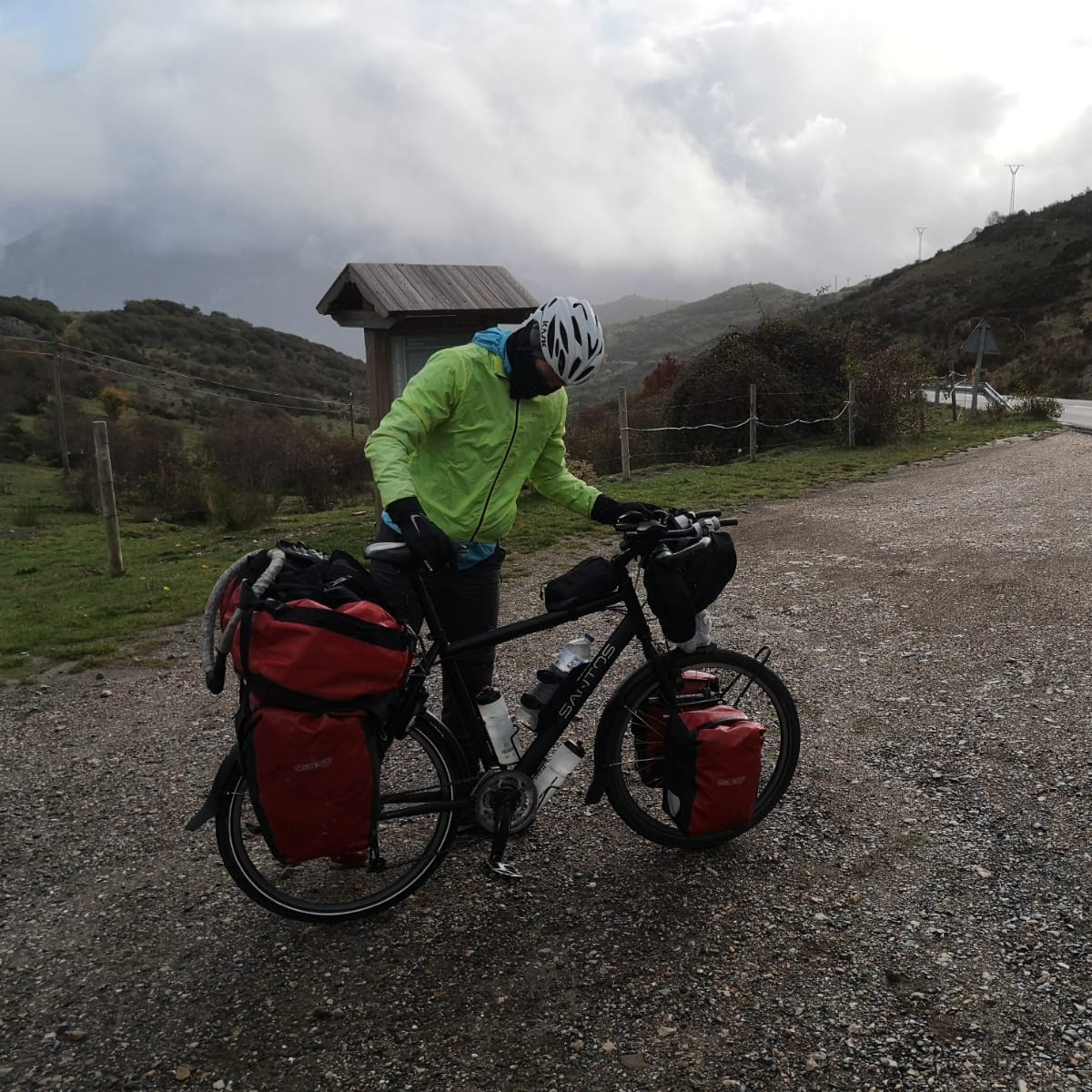 Again, I will write down some intresting and sometimes funny things that happened so far. Just because.

1. I saw a lynx! – In the Alentejo region I saw every 5 kilometer a sign ‘watch out for lynxes’ and even information signs about what to do if you see or hit one. Since the first signs I’ve been looking around to see one, but there are very, very rare… In Spain, Castilla la Mancha, the area started to look more and more like a desert and so the signs appeared again.

On a tough climb, suddenly a giant cat crossed the road from left to right, without even having a proper look for potential danger. I saw the clear pattern in his fur, and he walked kinda funny, a bit slow and high on it’s legs. I saw a lynx!

2. I got a surprise box from The Netherlands! – In Portugal, Sao Domingos, I was house sitting for three weeks. My parents send me a box full of sugar, and although the package went missing for almost a week, it arrived and it was the best gift ever. I ate myself full with stroopwafels, bastognekoeken, drop, apekoppen, pindakaas…and I got a BikelifeBram-bike shirt!

3. Bumped into a French jet fighter pilot! – After a cold night I sprinted to the first bakery in a little French village, I sat down, ordered a coffee while laying my wet, cold clothes all over the heaters I could find. A middle aged guy looked quite entertaind and he started to ask some questions about my trip. Eventually, he told me about his carreer as a pilot in the French army – and now he’s flying stunt airplanes. An hour later he was still showing me pictures of him flying panes.

4. Via via via! –  I got accepted via Couchsurfing in Metz at a French-Portugese couple. Emile asked about my route and when he heard about me going via Luxembourg city, he immediately asked his boss if he could host me, which happened. The boss was a singer songwriter who composed a song for the Eurovisie Songfestival some years ago.

The day after I stayed in Metz and it was all fun. A month later, I asked the Portugese host if she could provide me with some help in Portugal. A week later she arranged with her parents that I could have a restday there, I slept there two nights. Her father was pretty happy to have something to do, although there was a language problem going on, he drove me for hours through the village to show me everything…

On the road again, the Portugese host from Metz came up with this other friend in Montomor-o-Novo, where I had the chance to sleep as well. This person was…absolute NUTS. At one point, we were having a coffee with two friends, she took her phone, wrote a sentence down at Google Translate, and then she showed it to me:

“Sometimes I feel like I am a frog. That I look up to everything on this planet while making weird noices.”

The next day I was quite happy to leave…!